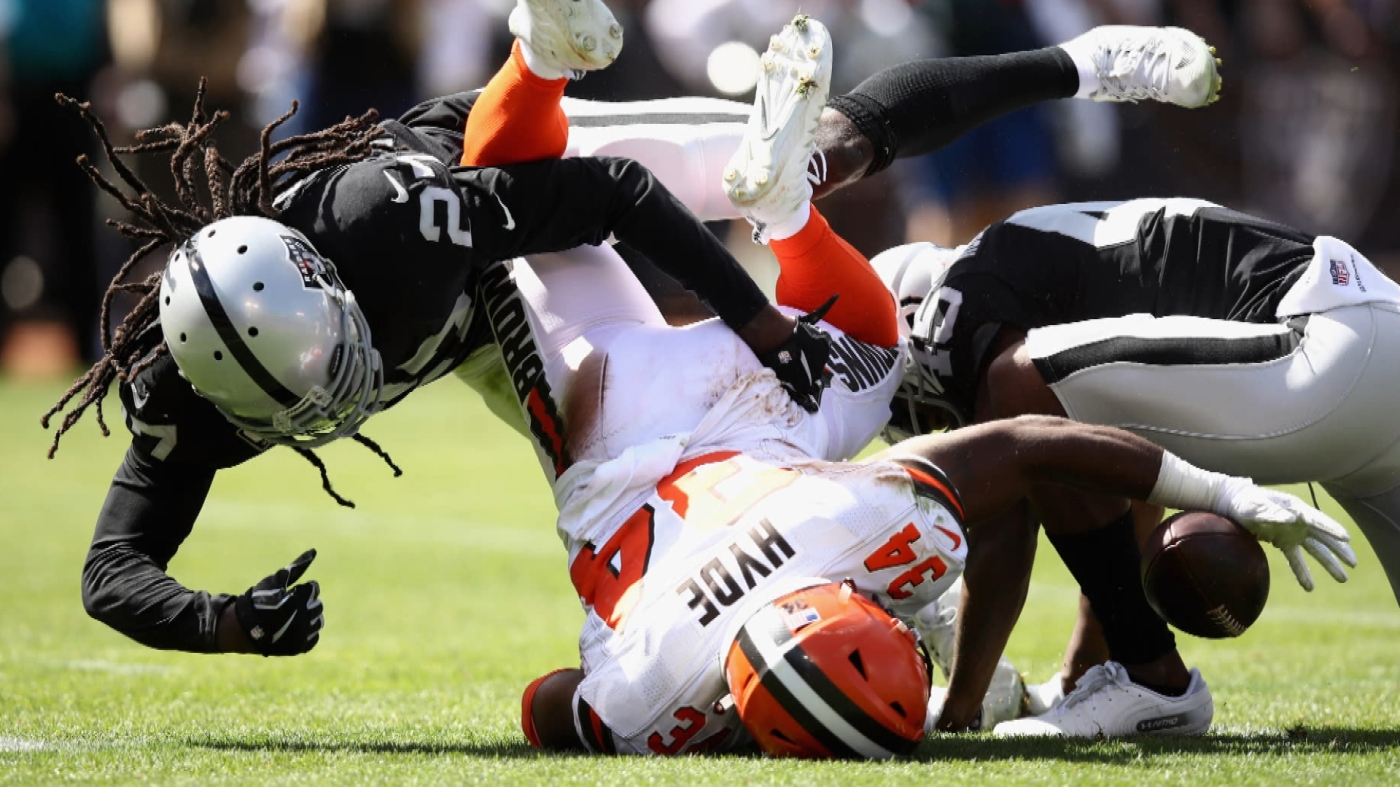 This might’ve been the craziest game so far this season. There were 36 total drives, and 174 total plays, both of which were the most in any game so far this season. There was also some controversial calls, some clutch plays, and a rare situation where the Browns were trying to prevent a team from getting their first win of the season, instead of the other way around. So let’s get into everything that went down. 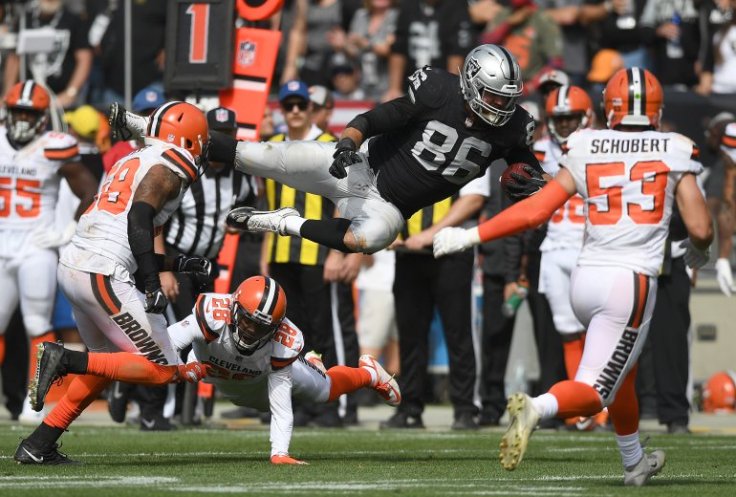 For Cleveland, it seemed like their strategy right out of the gate was to let Mayfield get his feet wet, and have him throw the ball a good amount. They ran the ball on the opening play of each of the first two drives, but had him pass on the other plays. I like this strategy, I think it’s a good way for a young quarterback to get rid of his nerves. It didn’t really work out too well at first, as Mayfield threw two incompletions, then an interception that was returned for a touchdown. However, Cleveland stuck to their game plan, and threw the ball on the next 7 plays (or 8 of the first nine if you count plays that were nullified due to penalty). Cleveland had established the passing game, and their next play was a rush for 10 yards out of a standard set (a set with 3 receivers, a tight end and a halfback). The Browns followed that up with a 21 yard pass, also out of a standard set, which eventually led to a field goal to make the score 7-3. While that 21 yard gain was a big one, Cleveland was really inconsistent when passing out of that set. On one hand, they had 6 passes from that set that gained more then 10 yards, however they also had a stretch where they lost 6 yards over 7 times passing the ball from that set. As a whole, Cleveland ended up averaging just 4.32 yards per attempt from those sets. However the good news for the Browns is, over the 9 times they ran the ball from those sets, they gained 92 yards, which is 10.22 yards per play. They had some big runs, but most of them came with multiple tight ends in the game. On their very next play they put 3 tight ends in the game, and got a 63 yard rushing touchdown out of it. Using multiple tight ends was basically the Browns home run swing. If you take out the best 3 runs they had from those sets, they gained just 2.92 yards per rushing play, and they ended up with 0 total yards over the 10 passing plays from those sets, which brings them to a total of 1.81 yards per play when you take out their biggest 3 plays. However the 3 plays I took out went for 49, 59 and 63 yards. 2 were touchdowns, and the other brought the ball to the 1 yard line, which set up a touchdown. It didn’t always pay off, but when it did, it was in a big way.

Oakland only used a standard set 22 times, which was just 25.8 percent of their plays. They did a good job passing from those sets, as they gained 7.86 yards per passing play. But they struggled to run the ball from those sets, only gaining 2.38 yards per rushing play from those sets, bringing their overall average yards per play from those sets down to 5.86. So if using a fullback, multiple tight ends or even a tight end isn’t working, what else is there? For Oakland the solution was to use a lot of 4 wide sets late in the game. They ended up using a 4 wide set at least 3 times in their last 4 drives of the game. It made sense, Derek Carr can get the ball out quickly, and Marshawn Lynch doesn’t really need a ton of blockers, he’s great with open space. They gained 8.08 yards per passing play from 4 wide, and 11.22 yards per rushing play from 4 wide. Lynch as a whole had a great day, as he averaged 6.5 yards per carry. 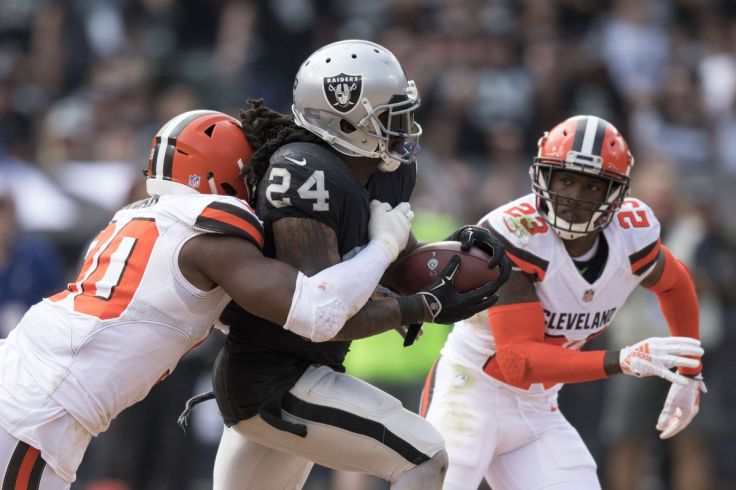 As a whole, I thought both of these teams did a good job with their offensive playcalling. Maybe the only nitpick I had was when Cleveland had a chance to win the game with a first down, they decided to run the ball with multiple tight ends 3 straight times. I know some will say they got the first down, and it was close, I included an image below of the best angle I could find.

Personally I probably would’ve stayed with the call on the field, which was a first down. However in the NFL luck’s a part of the game, sometimes you get the calls and sometimes you don’t. But when you’re an inch away from winning a game, I feel like you have to go for it there. The way Oakland was moving the ball, I wouldn’t want to give Derek Carr another chance. But that’s just me, I do understand the logic behind punting. It’s very similar to the time Belichick went for it on 4th and 2 against the Colts in 2009, and that didn’t work out for New England, so who knows what would’ve happened? As I said, it’s really just a nitpick and I thought this was a really good game, I think both these teams are a lot better then their records indicate.

(I wrote an article where I broke down 6 plays this week, and Oakland’s touchdown right before they tied the game with a 2 point conversion was one of the plays I chose, so I decided to include that part here as well. You can check out the full article by clicking here. )